An interfaith program at St Stephen’s Uniting Church in Wodonga is hoped to promote understanding and respect of different beliefs in both Australia and its closest neighbour.

In 2008 a group of church members visited Indonesian NGO The Percik Institute for social research, democracy and justice, and since then the two organisations have taken turns hosting guests. Ms Wuryaningsih, a Christian, said there were six major religions that came together in her home country, which come together for an event called the Sobat forum.

“In addition to the mainstream religions, there are hundreds of various indigenous local religions … they join the Sobat forum too; we have discussion, sharing about faith,” she said.

Reverend Denise Naish said she was inspired by this event, which also involved children.

“They’re encouraged to have tolerance and understanding for each other’s religions from a very young age; it’s building that movement of unity and peace from the bottom up,” she said.

For church member and the visitors’ host, Ian Bedford, learning about Islam from Mr El-Anshary has been a moving experience.

“Most Australians think there’s no connection between Islam and Christianity – that’s not true,” he said.

“I believe very few people would know that both Christians and Muslims talk about Jesus having a virgin birth – it’s one of the overlap areas, so is Jesus being a prophet.

“Jesus being the son of God is one of the differences.

“As people come to appreciate that overlap and respect the difference, we can work more together.” As a Muslim, observing Easter in Australia was an eye-opening for Mr El-Anshary.

“I hope my experience as a minority in Australia can help me teach others … I trust Indonesians with many different backgrounds can be one nation,” he said.

St Stephen’s Church Council chairwoman Adrienne Dyall said the relationship between the church and the Percik Institute would continue well into the future.

“We’ve had very positive feedback because up until now, 90 per cent of our congregation wouldn’t have met a Muslim, let alone had a chance to talk and find a common ground,” she said.

“If you know someone and can put a face to a religion, you’re not going to be able to hate them.”

Muslim and Christian visitors teach other, and a Wodonga congregationhttp://www.bordermail.com.au/story/5365593/muslim-and-christian-visitors-teach-other-and-a-wodonga-congregation/?cs=11 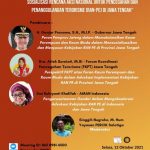 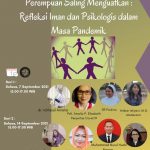 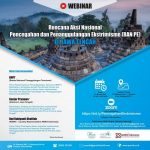 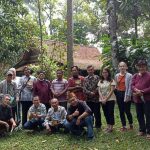